I’ve always been a fan of Invisible Man movies and books. When I was a kid I use to watch the local “Acri Creature Feature” — my weekly fix of horror movies of yesteryear. In high school I read H.G. Wells classic novel (plus many more of his) and through the years, I’ve seen plenty of movies featuring men and women you can’t see on the screen. 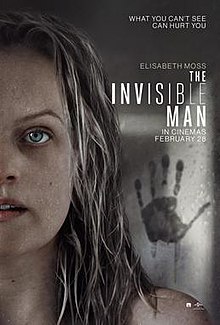 Of course, I had to go out and see the new “Invisible Man” film and I loved it. I’m not one of those critics that like to give away a lot of the plot and spoilers … but this movie is great.

Sometimes with a science fiction motion picture, the science will get in the way of the characterization and the story. With the new Invisible Man, that isn’t the case.

First off we have a great story and director (and producer too) Leigh Whannel who keeps the suspense high and the action thrilling.

The movie is about Cecilia Kass (Elizabeth Moss) who escapes in the middle of the night from abusive boyfriend Adrian Griffin (Oliver Jackson-Cohen).

Two weeks later, she is hiding out at her sister’s boyfriend place, even afraid to come out and get the mail.

But then, her ex commits suicide and leaves her his fortune.

Strange occurrences start to happen and Cecilia feels she is been stalked by ex … but nobody can see him and his ashes are in his brother’s urn.

That is all I really want to say about the story, because it does have a lot of surprises and plot turns. It is like  “Sleeping With The Enemy” meets “The Hollow Man.”

Elizabeth Moss is incredible in it. She has a knack for a great performance in a thriller. She did a great job in “Us” last year.

I highly recommend this movie. Go SEE “The Invisible Man” movie (I know, bad pun .. I couldn’t help myself.

Now I’ve come to the part of my blog where I have to plug my books. I’m a writer, it’s my job… and it is an unnecessary evil … like voting.

I mentioned directors John Carpenter (who did a great job with “Memoirs of An Invisible Man”) and Fred Olen Ray (who did “The Invisible Mom”).

Right now… MODERN MTYHMAKERS … the ebook is only .99 cents. 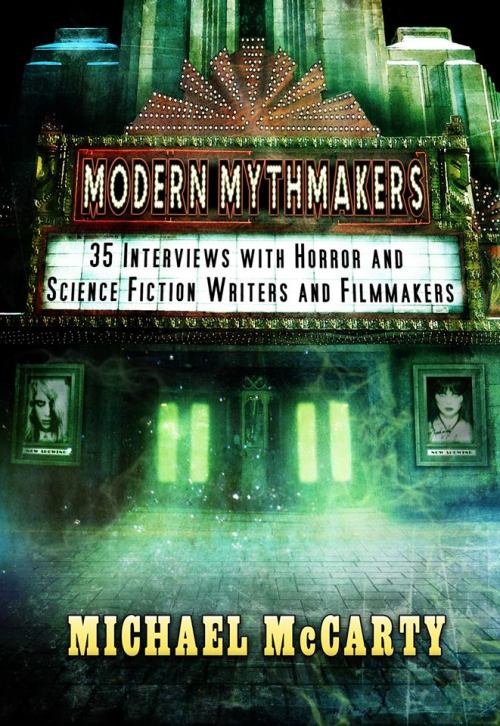 ere is my shameless plug of MODERN MYTHMAKERS. Please read on:

… please check out Modern Mythmakers. The ebook right now is only .99 cents.

And if you are still reading this!!!

I’ve written an Invisible Man story myself, that appeared in the book A LITTLE HELP FROM MY FIENDS.

The story is called “Less Than A Ghost” and is co-written with Sherry Decker.

A LITTLE HELP FROM MY FIENDS by Michael McCarty

and here is a blog about

A LITTLE HELP FROM MY FIENDS

You are still here? Really … Okay…

I also reprinted “Less Than A Ghost” in

The late, great Richard Matheson’s name is synonymous with classic creepy cinema and television, including masterpieces for The Twilight Zone and for TV movies produced by Dan Curtis, such as The Night Stalker, Trilogy of Terror, and the early Steven Spielberg vehicle, Duel. Also, Matheson has written a number of screenplays based on the works of Edgar Allan Poe

In the dedication of Darker Place Richard Matheson wrote: “To Barry Hoffman — with many thanks for resuscitating so much of my early work.” That statement sums things up dead-on. Hoffman, the publisher and editor of Gauntlet Press has been publishing the early collected works of Matheson which might have remained in obscurity if it wasn’t for his publishing company.

In the year 2000, Gauntlet published Matheson’s first novel called Hunger and Thirst, the author’s first novel, written half a century ago and unpublished. A “whopper novel” of over 600 pages tells the story of a young author completely paralyzed by a gunshot wound in his New York City apartment, slowly dying of hunger and thirst and unable to get help. The book unfolds with a series of flashbacks and is interspersed with the current drama of life and death survival.
It was an ambitious book for a 24-year-old writer and at times, seems like it’s a horror version of a Tennessee Williams drama. Never the less the book is a borderline macabre masterpiece and the reader can see the future writing career being born.
Now comes Darker Places a collection of two novellas and four short stories conceived when Matheson graduated from the University Of Missouri in June of 1949 and before his first short story sale (that debut was in the summer of 1950, with his “Born Of Man And Woman” to the third issue of ‘The Magazine Of Fantasy and Science Fiction’ an instant classic).
Much like Hunger and Thirst, Darker Places is the young Matheson this-close
to finding his niche as a writer. The collection kicks off with “Revolution” which gets a little too heavy handed about animal rights (would have been a new thing back then), but makes great use of the dog character Muggs.
“The Puppy” is another dog story, this time very creepy. The way the story unfolds is similar to a tale Matheson would write years later, one of my favorites called “Bobby.” Early brilliance in storytelling is evident here.
“Little Girl Knocking On My Door” is one of the best stories in this collection. This yarn about a little girl who is quiet and shy, but slowly becomes overbearing is both creepy and well written. 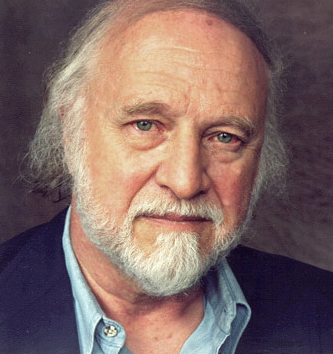 “Cassidy’s Shoes” is also well written about a dancer who achieves greatness when he buys a new pair of shoes. After he dies, another dancer gets his shoes and becomes great too. This spooky back-stage story keeps the pages turning until the surprising end.
Unfortunately “The Hill,” and “Intergalactic Report” are too short to reach any critical mass.
The screenplay “Creature” which is an adaptation of a John Saul book is also brilliant (of course, this is the only thing in the collection, post 1949). It would still make a great TV movie or Cable movie.
Darker Places lives up to its name – the author takes us to darker places and was all too eager to read more. Expect more collected work to come from Matheson and Gauntlet.

And Richard Matheson did an incredible interview for my book:

ere is my shameless plug of MODERN MYTHMAKERS. Please read on:

… please check out Modern Mythmakers. The ebook right now is only .99 cents.

Jody LaGreca has shed some light into my short story collection: 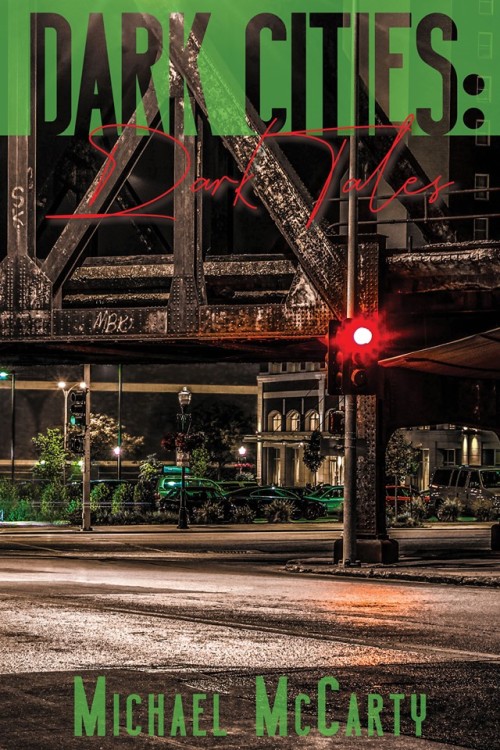 The ebook is only .99 cents right now for

Besides Jody LaGeca’s review (link above) …. the book was reviewed on the Critical Mass website:

“Dark Cities: Dark Tales by Michael McCarty, 2019, $13
This is a collection of seven stories, only two of which have been previously published. They include collaborations with Joe McKinney, Mark McLaughlin, and C.L. Sherwood. They are all horror stories, although there is a strong recurring flavor of rather dark humor spread throughout the collection. Here we have zombies, vampires, giant spiders, trolls, demons, aliens, and more. “Terror of Bristol Plains,” a kind of prequel to Plan 9 from Outer Space, was my favorite. These are meant to be fun rather than atmospheric, with fast moving plots, outrageous story elements, and punchy endings. They poke fun at the genre while also honoring its traditions.”

Also check out:
THE GLOWING DEAD …

Here is a link to the blog: